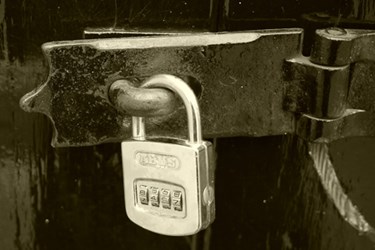 “Chase the vision, not the money, the money will end up following you.”

Historically, when you think about how water equipment manufacturers got in front of their potential buyers it usually revolved around two things: interruption marketing and sales pitches.

The marketing department was tasked with pushing prospects, specifying engineers and potential buyers to their company while the sales team was tasked with roping them in for the sale.   This wasn’t an optimal way for a plant operator or consulting engineer to make his or her decision but it was all that was available.

As the water industry became more digital, things started to shift.  The power slowly migrated away from the salesperson to the buyer.  This happened because access to information became more available and convenient. This enabled the engineers and operators to educate themselves without a pitch.  In fact, in many cases, a meeting or call with an actual salesperson has become increasingly uncommon and when needed doesn’t occur until much later in the purchasing process.

This trend has evolved even further to the point we are at today.  According to Google and CEB, buyers report to being nearly 60 percent through the sales process before engaging a sales rep, regardless of price point.  What that means is that a majority of your influence and touchpoint opportunities within the purchasing cycle are already closed, past and concluded BEFORE your sales team even gets a chance to make their pitch. In an industry that still gives substantial control to the manufacturers’ rep, that’s a seismic shift in the buying process.

Operators and engineers now expect to be reached only about what interests them and they have the freedom to live in a self-serving utopia of message consumption.  They won’t listen to your noise, pitch or message unless it captures their attention and engages them on a level that is important to them.

Brand publishing is a marketing strategy where brands treat themselves not as advertisers, but as content publishers.  It is about engaging prospects with informative or entertaining content they’ll want to use or consume for its own sake, rather than pushing or interrupting them with direct sales or promotional messages.  Brand Publishing is best done by presenting informative content to a captive, private audience over an extended period of time as a way to attract, hold their attention, and most importantly build trust.

The media used to distribute and leverage these messages include online, print, in-person, mobile and social media.   Whether your goal is to get the attention of a new buyer, retain a current customer or re-engage a prospect that has existed on the fringe of your sales funnel, engaging them on a level that provides value rather than a sales pitch is a much more effective approach and can re-define your company as a market leader.  If your vision includes being viewed as a market leader, and thus increasing profits, you’ll be required to blaze the trail, not follow it.

So now that you know the secret – are you ready to lead?