Capital Planning In The U.S. Water Market — A Guide For Business Developers 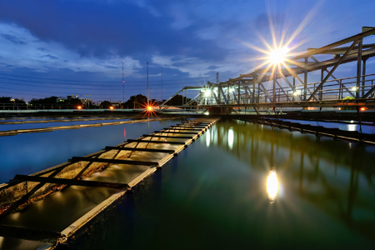 Readying a bid for a contract can be an expensive and time-consuming process. That’s why successful contractors try to only target opportunities they think they have a good chance of winning.

Doing that, however, requires constantly looking for those kinds of opportunities. And one place that contractors to the water and wastewater industry can find them is in the capital plans issued by the government entities that build, own, and run water and wastewater treatment plants and systems.

Capital Plans And How To Find Them

Capital plans are put out by every government entity that uses public money to construct and maintain such things as sewer and water lines, bridges and highways, and buildings. Their issuers include municipal and county governments and departments; regional organizations such as sewer authorities and transit agencies; and state departments and governments.

CIPs are generally considered to be working blueprints for building and maintaining the publicly funded infrastructure of the organizations that put them out. They identify the capital improvement projects the organizations are planning to undertake, the probable sources of funding for them, and how long they likely will take to complete.

CIPs generally are available in PDF and/or spreadsheet files that typically can be downloaded from the websites of the organizations that put them out. For example, the Pittsburgh Water and Sewer Authority’s 2021-2025 Capital Improvement Plan is available on the authority’s website, and the Miami-Dade Water and Sewer Department’s Adopted FY 2020-2026 Capital Budget and Multi-Year Capital Plan can be found on the Miami-Dade County website.

Large CIPs can seem intimidating, especially if they’re formatted as spreadsheets. Many CIPs, however, can be analyzed fairly easily due to the way they’re organized, with high-level overviews of their issuers’ planning strategies up front.

For example, on page five of the Pittsburgh Water and Sewer Authority’s 2021-2025 CIP, the PWSA lists how much it anticipates spending on capital improvements in its 2021-2025 fiscal years broken down by what the authority calls “project classes” — Water Treatment Plant; Water Pumping and Storage; Water Distribution; Wastewater System; Stormwater; and Other — and funding sources, such as debt, distribution system improvement charges, and PENNVEST, which is the Pennsylvania Infrastructure Investment Authority.

Similarly, the first section of the Miami-Dade County Water and Sewer Department’s “Adopted FY 2020-2026 Capital Budget and Multi-Year Capital Plan” consists of six pages showing how much revenue the department has received and will receive from various funding sources prior to its 2019-2020 fiscal year, in its 2019-2020 fiscal year, and in future fiscal years up through 2025-2026, as well as how much of the money from those sources it has spent and intends to spend in the same periods.

These types of overviews can be useful in multiple ways. For example, both the CIPs mentioned above show how the issuers organize their businesses and their funding sources, both of which can help contractors determine how much time to spend on the rest of the documents, and, if they decide to dive into them more deeply, where they should focus their efforts.

The types of funding an organization gets and thinks it will get also can reveal how likely it is to be affected by things such as elections — organizations that get a lot of funding from the state in which they’re located are more likely than organizations that don’t to be affected by shifts in the party controlling their state — and changes in the economy, which can decrease or increase the amount of customer and tax revenue an organization is likely to get, as well as affect the value of its outstanding debt and the rates at which it will be able to borrow money in the future.

While those big-picture views are helpful in determining how much gold contractors are likely to mine from an organization’s CIPs, both current and future, the actual nuggets are the projects that the documents describe. The amount of effort required to unearth these nuggets depends on the CIPs — some, such as the PWSA’s, make them easy to find, while others, such as the Miami-Dade County Water and Sewer Department’s, make the users work a bit for them, both in where the documents list the projects and how the projects are described.

The PWSA’s CIP, for example, contains a three-page list of all projects described in the document with the project’s name, the page on which it is described, and the amount of money the PSWA plans to spend on it in total and in each of the authority’s next five fiscal years. The total is useful for reasons that are self-evident; the fiscal-year breakdown is helpful because it not only indicates when the PWSA plans to spend money on a project, but also on the likelihood that it will spend the money. The further into the future that expenditures are planned, the greater the likelihood that they won’t be as described, simply because, regardless of how reliable an organization is, things change. Funding sources may appear or dry up, interest rates may change, circumstances may force the organization to change the order in which it needs to undertake projects, etc.

To help contractors — and the general public — read the tea leaves about its projects’ future, the PWSA’s descriptions of them include the phase the projects are in, the priority it is placing on them, and alternatives to them, all of which can influence whether they are projects that contractors should consider bidding on. A project that will cost a large dollar amount may seem promising, but if it’s in a preliminary phase, is given a low priority, and there are alternatives to it, it’s not something contractors can count on happening, let alone working on.

Not all CIPs are as straightforward as the PWSA’s. But the more CIPs that contractors look at, the better they’ll be able to understand them. And the ones that are easily decipherable can provide clues about how to read the ones that aren’t.

Some common-sense rules about CIPs apply. For example, companies that do business on the East Coast probably shouldn’t spend much time reading CIPs from organizations on the West Coast, unless they want to start doing business there.

But companies considering several locations for expanding their business would be well served by reading CIPs from organizations in those areas to help them determine the area in which they have the best chance of winning work.

Like panning for gold, getting and reading CIPs can be a tedious process. But it can also yield the kind of nuggets that can help businesses grow — and possibly hit the jackpot. 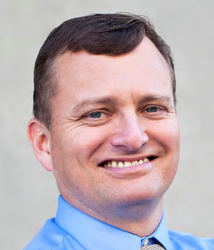 Dave Cox is the president and founder of FirmoGraphs, a business focused on applying Business Intelligence (BI) to North American industrial and utility operations (see www.firmographs.com). He earned a BS in Civil Engineering from the University of California at Berkeley, and an MS from the University of Texas at Austin in environmental engineering. He is a California Professional Civil Engineer. Dave has spent his 30-year career doing engineering, marketing, and sales work with asset-intensive organizations in the energy, water, oil, and technology industries. He is passionate about using data to help North American industry make better decisions to improve both financial performance and the environment.