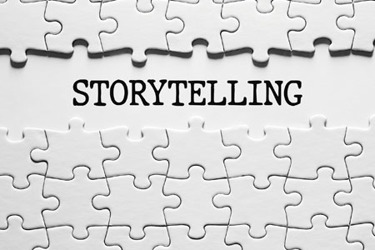 It’s a common scene for George Hawkins: He arrives as the new leader of a nonprofit to hear it described by staff as a best kept secret. That always baffled the man who founded and currently serves as executive director of Moonshot Missions.

“Why is that? There’s only one enterprise that’s going to be able to tell your story, which is you,” said Hawkins, who discusses the critical role of storytelling in a recent Water We Talking About? podcast. His approach is one that any water and wastewater solutions provider could follow to build a connection with their customers.

In the late 2000s, Hawkins arrived at DC Water to serve as general manager. Known as DC WASA at the time, the water utility was unpopular with the public and faced expensive mandated infrastructure improvements. How could this organization convince anyone to pay the higher rates that would be required?

Hawkins didn’t need to read a recent survey to know that DC Water customers were averse to paying more for their water. He compares the rates to the price of a cup of coffee. People aren’t willing to pay more, unless you tell them it’s a bigger cup or a special blend.

“I knew we needed a relationship with our customers so that they understood the value of what we were delivering to them,” Hawkins said. “And when it came to needing a rate increase, we could present that value proposition in a way that was meaningful.”

Creating this relationship was his highest priority, and storytelling would be the vehicle.

For example, Hawkins wanted to get across the point that it was necessary to invest in reducing scaling on the inside of pipes, but knew that message wouldn’t resonate. Instead, he told the story of a water main break in the middle of a winter day that was dubbed “The Snowpocalypse.” The hook was that this specific pipe was stamped with the name “Meigs” for Montgomery Meigs, an engineer who served as Quartermaster General of the U.S. Army during the Civil War.

These kinds of stories drove home the point that DC Water’s infrastructure was aging out, while building a connection with customers. When people began showing up to rate hearings with positive things to say, the board realized storytelling was having an impact and began approving more resources for the effort.

Hawkins also has some advice specifically for water solutions providers that can be applied to presentations as well as content creation. While part of a group of utilities evaluating new technologies, he often saw presenters “lose the room” because they focused on their product from the start and didn’t talk about anything compelling until it was too late.

There’s no need to go into the technical information about your product because it can be available anytime someone shows an interest. Instead, lead with the kinds of challenges the audience can relate to and how those were overcome.

“Start with a story up front. There’s an antagonist, a protagonist, a resolution with the white knight coming in — essentially, all the parts of a big fairy tale,” he said. “Then, I think you’ve got the audience.”

Whether it’s presentations for a group or webinar, or content being created as a partner with Water Online, the lesson here is the same: Water and wastewater solutions providers can improve their long-term visibility by avoiding the temptation to talk about their products and focus on storytelling that builds a connection by addressing the challenges of the target audience in an interesting way.