If You Want Your Buyers To Listen, Don't Be A Talking Billboard 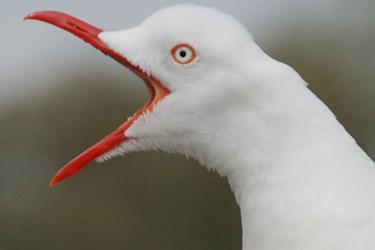 How many times have you seen a company in our market announce they have made a sale, signed a partnership, received an award, or promoted someone?  Now, unless you knew the person who got that promotion - try and remember how many times you actually took time out of your busy day to read that announcement in full.  There are few instances where the headline and content warranted your time. Many of these types of “announcements” go largely if not entirely unread. It’s not that press releases don’t generate awareness because they do, but as engagement tools they are largely ineffective.  Think about the time spent putting that piece together.  No matter how ineffective it was, it took time and effort to produce.

The key to reaching your buyers lies in conversing with them and NOT talking at them. The water and wastewater operator or consulting engineer has dramatically changed the way they are consuming information. At Water Online, we’ve seen huge adoption of mobile technology over the last 5 years and today, 25% of all site traffic is generated from mobile devices. With information so readily-available, a self-promotional media plan will fall on its face because your potential customer will easily dismiss your content unless it’s valuable to THEM (not you).

The good news is, this is quite easy to fix.  When we stop sounding like a talking corporate billboard and start communicating on a personal level, we start being engaging.

BuzzSumo recently analyzed over 100 million articles and found that there are 3 key elements in many of the most popular.  First, the articles were instructional, educational, topical and/or some type of list.  Second, they appealed to emotions on some level.  Whether it is fear of loss, excitement for the unknown, or satisfaction of learning something new, all of these emotions drive behavior.  Third, they all appeared as trustworthy because they weren’t overtly promotional.  In other words, the most popular pieces talked TO potential buyers, not AT them.

In the water market where the workforce is segregated between older, long-tenured staff and a newer, younger workforce, one thing is universal. Both segments can quickly identify and ignore promotional corporate jargon that doesn’t benefit them directly.  Let’s make an effort to reach these potential buyers on a single plane of trust and conversation while leaving the self-serving corporate jargon in the past where it belongs.